Coverage of the North American Handmade Bicycle Show (NAHBS) regularly presents the most salacious of builds and paint schemes. However, with the amount of material on display you are only getting a glimpse of what’s there. (Disclaimer: I’ve yet to attend NAHBS but through researching this gallery I believe that there is a plethora that doesn’t get published.) That glimpse is biased by the eye behind the camera and by their target audience. Which is fine – I ride a custom all-road bike and I love looking at those builds, but I also ride a customized cargo bike and, while outlets will post a few pictures, I’ve yet to find an article dedicated solely to the cargo bikes of NAHBS. (at least one that is still alive on the internet) So I’ve collected as much as I could find from the last 11 years of NAHBS and put it all below. Pictures trackback to the original article, please visit and explore that content because it still contains some interesting stuff, like a 2005 Richard Sachs in some comfortable clogs, ATMO.

John Prolly/The Radavist comes through with solid galleries of many of the bikes at NAHBS and I was pleased to see this Hunter Cycles cargo bike get the treatment. I dig the off-road capability of this bike. I’m running 27.5×2.0 tires on my Surly Bigger Dummy for that reason, as well as the cushion on the road. Same reason road bikes are fitting 700×28’s now.

I’ve ridden cargo bikes with ball joint steering and I’m dying to know how this cable steering compares. Frances Cycles uses a similar mechanism across his line-up of cargo bikes.

He’s not just a one-off cargo bike builder; Joshua Muir of Frances Cycles “gets” the daily need for carrying capacity and as such also makes bike trailers. He’s perennially one of my favorite builders.

Bilenky’s modified baker’s bike integrates the Shimano Steps assist into the frame; one of two cargo bikes in 2015 to do so.

Bakfiets continue their popularity rise so to stand out, Silent Cycles uses lots of straight lines, giving the bike a staccato look that accentuates the curved lines when they are employed.

Metrofiets gives us our second Steps bike from 2015, this time in a more traditional bakfiets. I love the wishbone rear and would prefer a similarly shaped fork. Purely personal. Radavist comes through again with this Peacock Groove, who will slay any theme bike competition.

For the longest time I wanted to hack a shopping cart and make a grill bike like this Sycip; I mean, BBQ, right?

2012 was apparently the “Year of the Cargo Bike.” I don’t know what this one is, other than a New Belgium keg bike, but the cover is custom Chrome Industries and it looks like the platform might fold up. Great for storage.

Another classic from Metrofiets. I’m curious how that kickstand operates – like wings?

Sycip again thinking outside the build. There is a lock slot in the front that accommodates a bicycle rack.

This might be the first time I’ve seen small wheels (20″/16″) on a bakfiets. Cleaver Cycles makes it work and adds a decoupler for tight urban spaces.

The Retrotec Step-Through longtail. Because yeah.

More Frances Cycles. This would be my farmer’s market bike and I would put my grocery list on that clipboard.

Frances Cycles again. Short wheelbase long johns. This picture is not from NAHBS, but the bike was definitely there. Proof is here.

This bike, Naked’s “Mule” has a direct descendant that you might recognize: the Xtracycle Edgerunner. 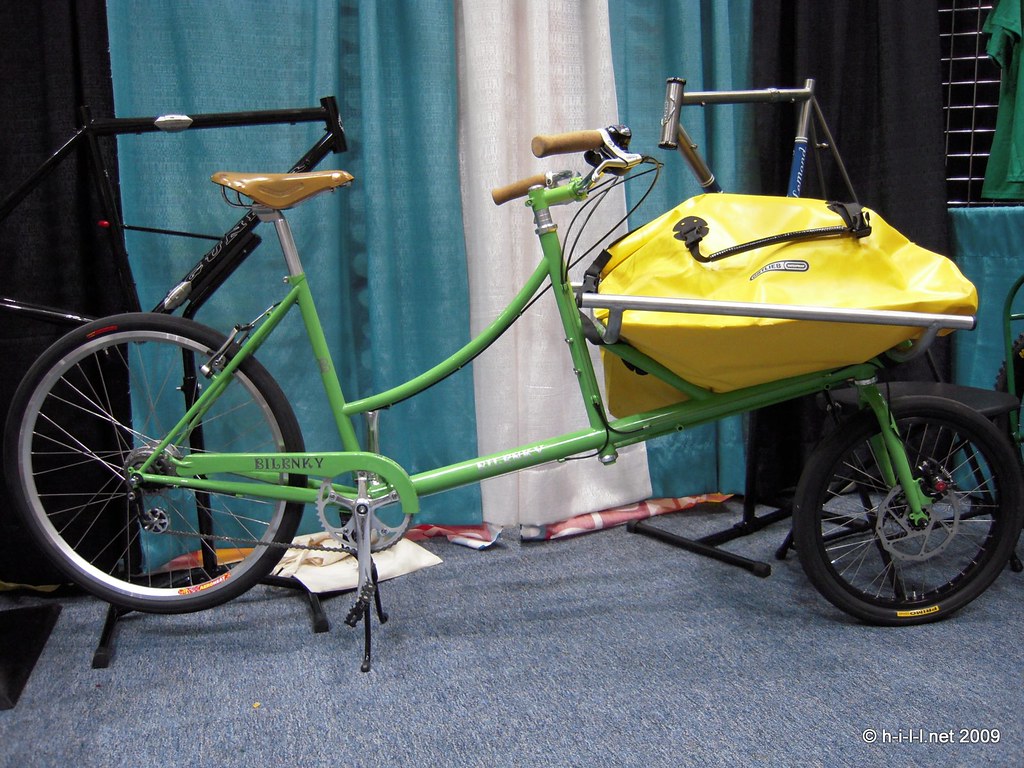 Bilenky with the drybag approach. 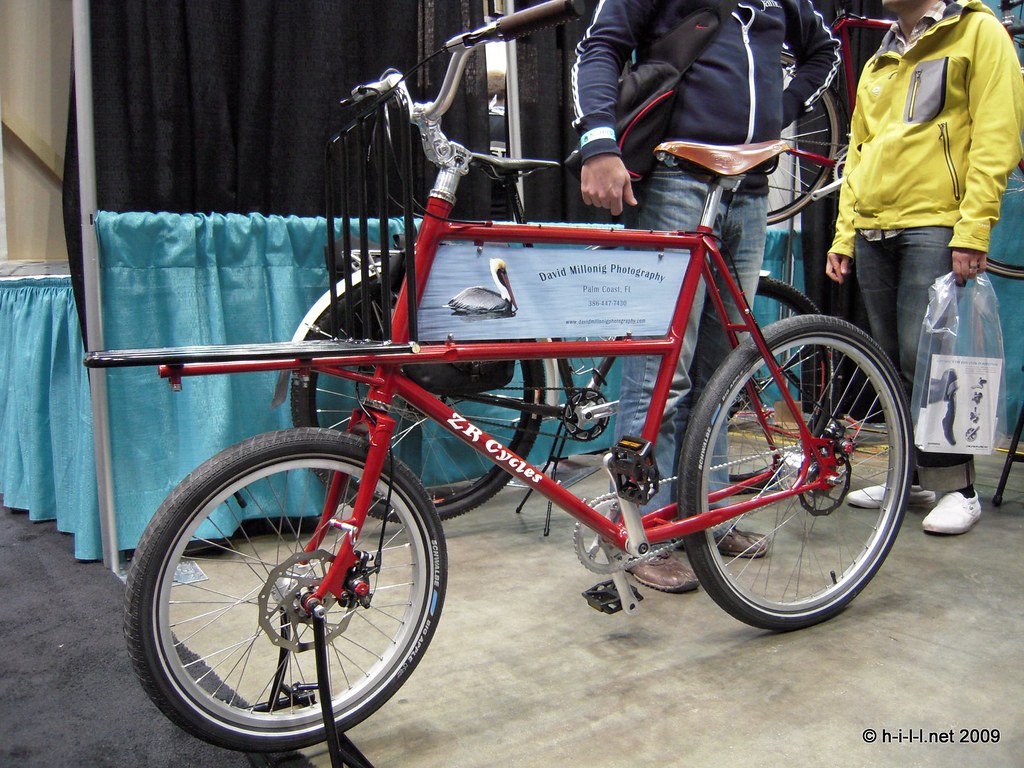 Sycip Cycles from almost 10 years ago. If you are going to click on any pictures make it this one and delve deeper.