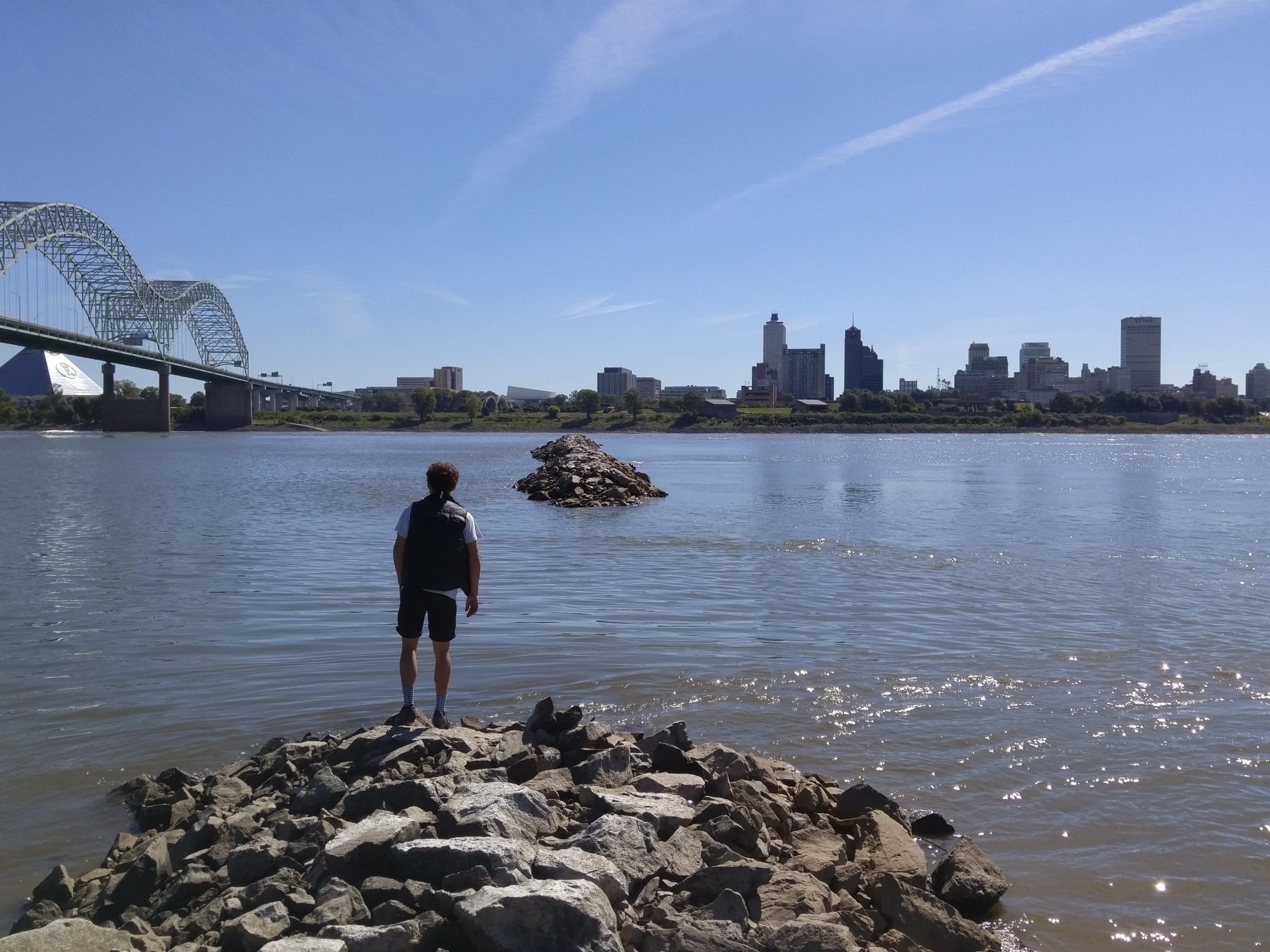 To go where the road takes you, there actually has to be a road. When the river’s running high a lot of the roads on the Arkansas floodplain disappear but when the river is low, like it is right now, the gravel emerges and opens up new routes to be explored. That’s the mission. That’s always the mission. The meander comes when you get to those gravel roads, or whatever destination you’re exploring, and you just ride and see where those roads lead. This time they led us – Carter, Blake, Daniel and myself – to the Hernando-DeSoto Bridge. 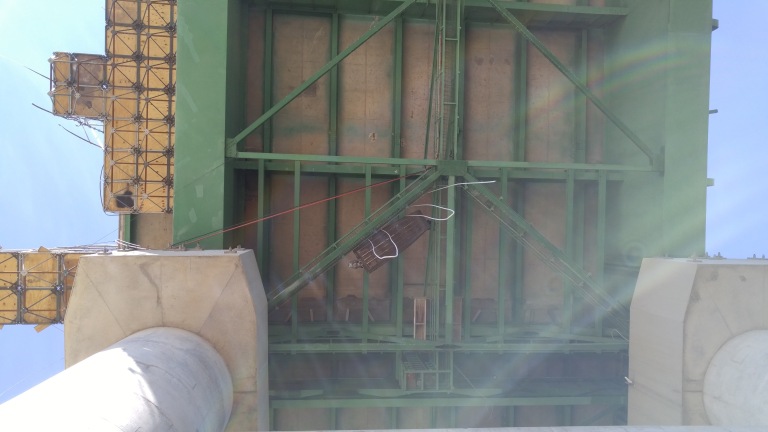 Memphis is situated atop the 4th Chickasaw Bluff and, to make hauling goods to and from the riverboats easier, the streets that lead down to the river were carved out of the bluff and laid with cobblestones. While the streets have long since been paved over there are a few cobbled alleyways left in Memphis. For these, the cobbles stay and the names change – like Barboro Alley was once known as Dead Man’s Alley. A slender cut between two brick buildings that leads from Front St. down to Wagner with stretch mark gaps in the cobbles at the end so you have to pick your line. It’s the perfect whet for the cyclocross appetite and bumping down the bluff is a nice precursor to gravel roads, but is stark contrast to the soft sand on the other side of the river. But we didn’t try to ride the sandy embankment – this wasn’t a race and there were certainly no lines to pick. There were, however, shoe prints and a burned out fire so whoever was there the night before probably has some good stories of hanging out under the bridge and seeing the lights of Memphis. We just walked out onto the jetty and took some photos and walked around underneath the bridge and then got back on our bikes, because this is a story about riding bikes.

My friend Blake is from Texas and he had no idea of the Institution that is Pancho’s Cheese Dip. He’s never sat down with a bag of tortilla chips and a bowl of Pancho’s Cheese Dip in front of the television and not been able to put it down. Then, when all the good, big, dipping chips are gone you dump the bag into the bowl and eat it with a fork. That’s considered a meal in the Mid-South. I’m going to force him to do this; I think it’s the only way that he will ever, truly, become a Memphian.

Fresh chips and tacos and beating the Sunday crowd make a good halfway point in a ride but we had more meandering to accomplish. We set off on the route that Carter and I took to Village Creek State Park. Long straightaways turn into long gravel straightaways and for some reason, no matter where we turned, there was a headwind. Daniel had not ridden these roads before and wasn’t quite fit for them but, a testament to his character, complained not at all. He was off the back a bit but never quit. Whenever we stopped for a pee break or to look at the tires and fallen tree trunks making pools in the bayou where a school of 10 inch carp swam, Daniel kept forging ahead, using our down time to rest his legs but keep them warm at the same time. However gravel doesn’t coast well. You save that for the the downside of the I-40 overpasses after you’ve powered up them. That’s the only way to make inclines any easier.

As we made our way from West Memphis back home to Memphis the Mississippi River Trail (MRT) has you believe that you should ride on I-55. I have many feels for the people who have followed that advice. But I have even better feels knowing what’s in store. West Memphis has been clear-cutting a path that lines up with the Harahan Bridge which will give bicyclists and pedestrians a separated pathway that will pretty much follow the MRT route. Some of this is laid with asphalt and some is only fresh cut. Never ones to stop meandering, we rode the bulldozer tracks from Broadway to Bridgeport, except for the little portage across the creek, wobbly rocks and last minute leaps included.

Funny thing when crossing on either side of the I-55 bridge: the glass shards are really bad at the beginning and then stop about midway across. They are their own jetties of sorts, engineered by the destructive nature of the least of our being, but perhaps cathartically necessary, a yin to the yang of engineering feats of real jetties.

Then I got a flat tire from a radial wire; another yin to the yang of good times, but also a cosmic validation of beer = good, cars = bad.

You can delve into the ride on Strava.