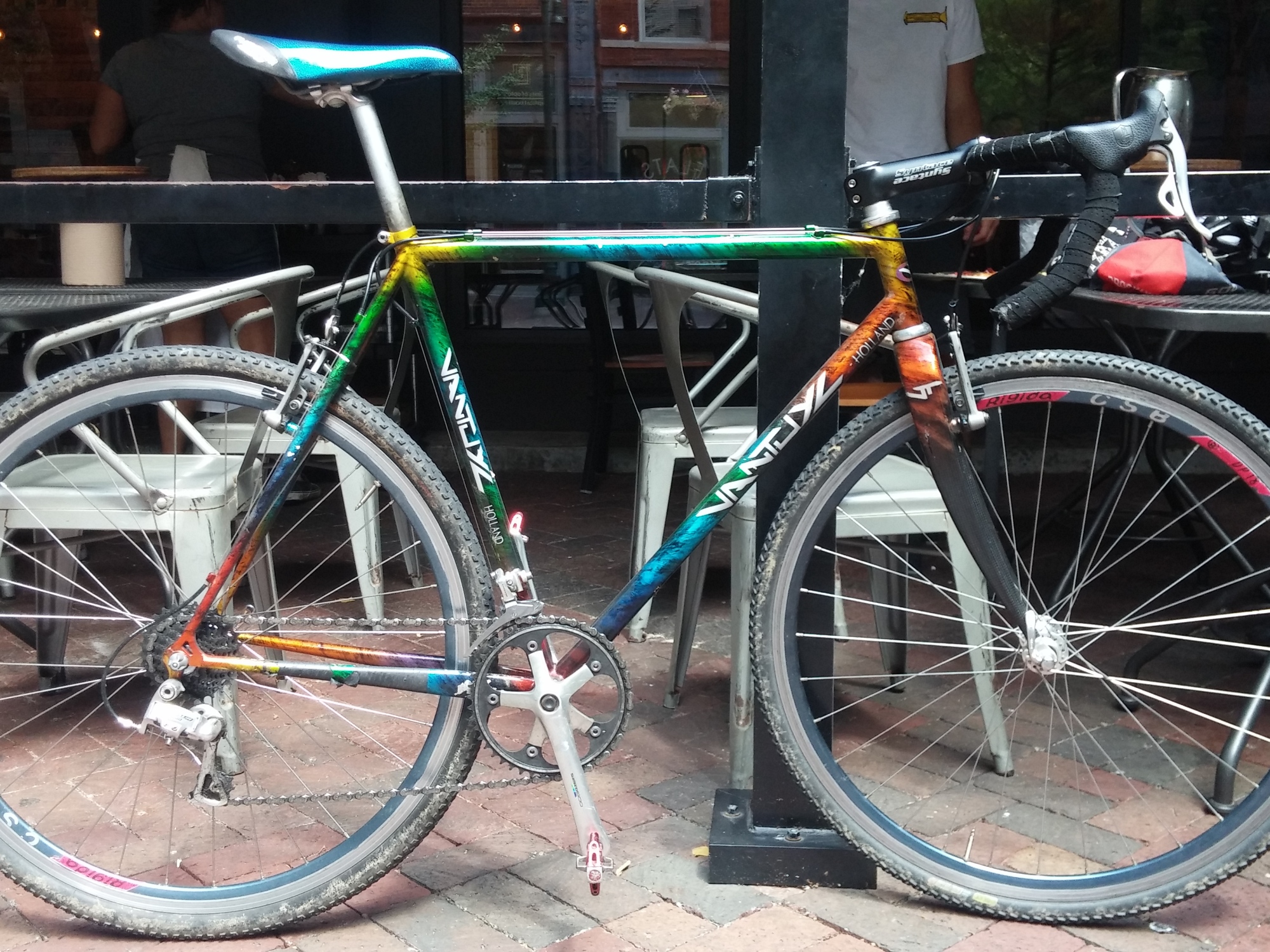 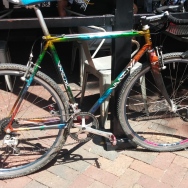 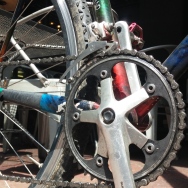 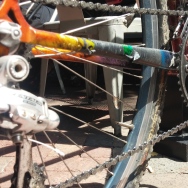 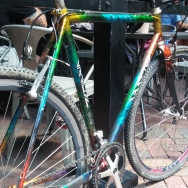 This bike has been around Memphis for awhile, and I don’t think the previous two owners even paid for it! My friend Gil got it from his welding teacher whom I believe to be the original owner. About the bike: Gijs Van Tuyl is a Dutch framemaker and shop owner that in the 80s and early 90s built frames himself and also sourced frames from Andrea Pesenti in Italy and from Lithuanian frame builder Vidmantas ‘Vitas’ Zukauskas who once produced steel frames for Colnago. No telling who built this one as tracing the actual maker of Van Tuyl frames is difficult. After that sick paint draws you in you’ll notice the super tight geometry. Those 35’s barely fit in the back and Chris, who rides it now, says descending gets shaky. Add to that all top-tube cable routing, high bottom bracket, and a carbon fork mean this bike was built to be tested on the course.

It’s living the daily grind right now and sees some weekend fun on some singletrack and gravel roads. The mix of componentry has been applied based on necessity and availability, instead of any dedication to provenance. Like I said, it’s a daily bike that just happens to have an eye-popping paint scheme. Maybe we can get Chris, or whomever may be riding it, to put it over some barriers this fall, though!

One thought on “VAN TUYL HOLLAND”