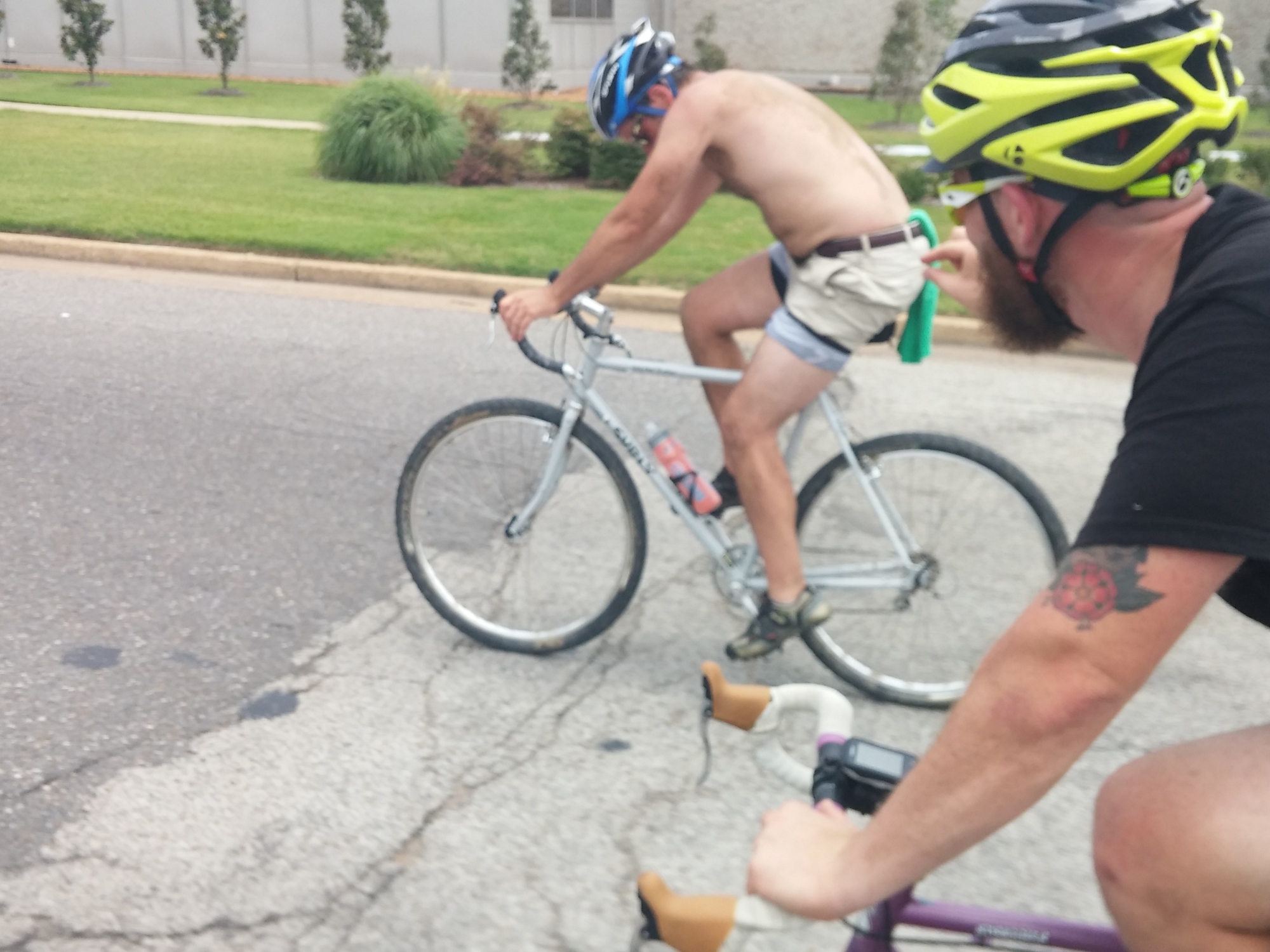 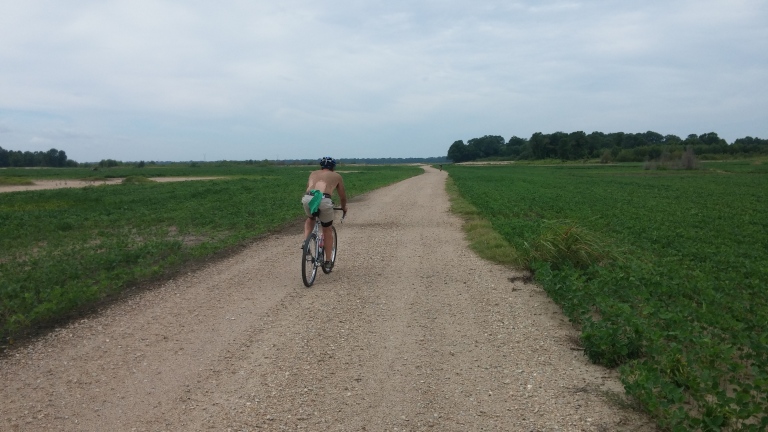 Sometimes you get riding and the road stops. You take a look at your CX bike and that quote from “Back to the Future” pops into your head then you find yourself helmet deep in kudzu vines and reeds and poison ivy trying to stomp and slice through an electrical corridor that you thought would be a better route than the privet-dense woods. And a few days later when you’re popping steroids and taking cool showers you think: “Maybe we should’ve just turned around.” Carter and I took Jay out so he could put his Surly LHT to the test. I dressed this bike in a lot of extra stuff I had laying around the house and put some 29 x 1.9 Bontrager tires on it. Jay had been hearing about the rides Carter and I have been doing and wanted to get back into the ride. He has done a lot of randonneuring in the past, logging a few 300 mile rides, then took on the even bigger adventure of kids. It’s been a while since he’s been out but Father’s Day was a perfect time for a little 30 mile ride. After taking some time to dial in accessories we headed out with a general idea of hitting up President’s Island then doubling back and heading down to Chucalissa then home through some South Memphis music history. We ducked off onto a decent gravel road that led into some open soy bean fields that were sandy and a little squirrelly. Jay wasn’t used to riding in a little sand and had trouble picking a line sometimes, but as the road started disappearing and we started picking over some driftwood and eco-fabric piles his handling skills came through. It wasn’t until we all had to shoulder the bikes that the thought crossed our minds, “Maybe we should just turn around.” 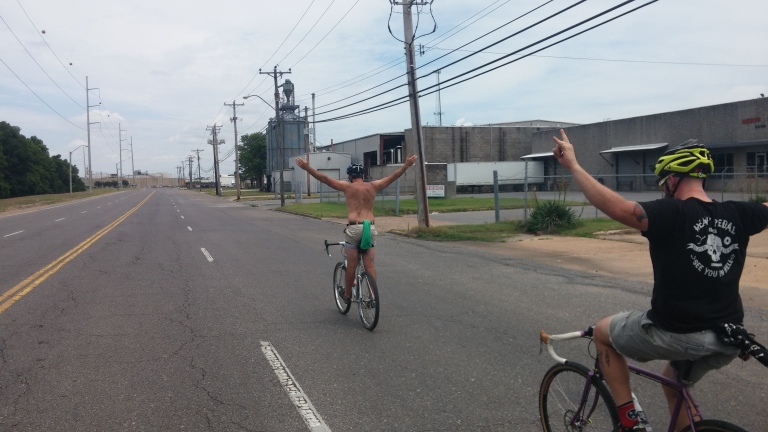 But no. Always go forward. Never stop cxploring. Delve deeper into the ride at Strava. 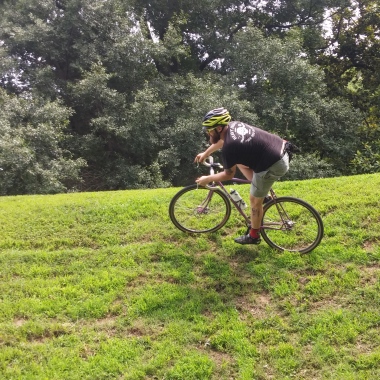 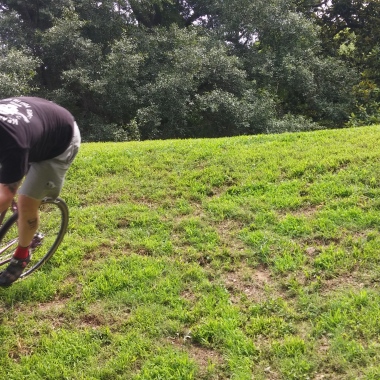